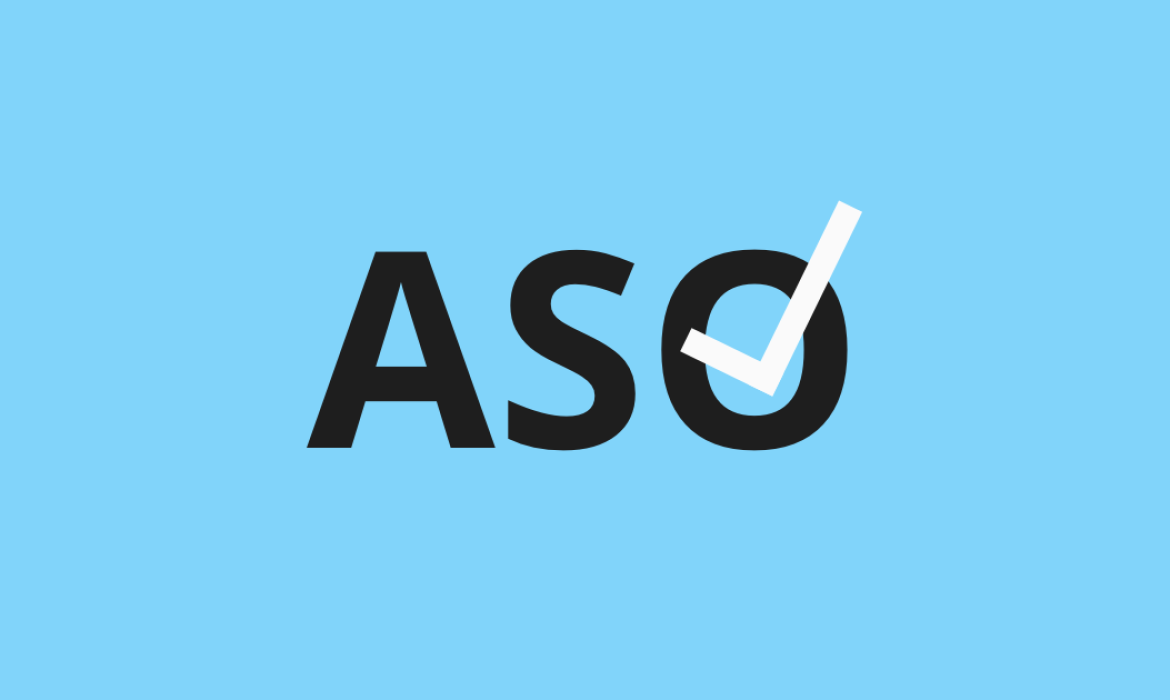 If your business has an app, you need to ensure you take advantage of proper app store optimization (ASO) methods.

There are millions of apps in the Apple App Store and Google Play store. To stand out, you need to understand how app store optimization works and how it can be leveraged. ASO shares many similarities with SEO, but there are some distinct differences that you need to know about if you want to accelerate your app’s performance.

Keep reading to learn how to optimize your app for the two major app stores, as well as the reasons why you can’t ignore ASO and the major ranking factors for each.

Specifically, we’re going to look at:

What is App Store Optimization?

3 Reasons Why You Can’t Ignore ASO

To be successful with ASO, you need to be aware of what factors impact it. Its main factors include optimizing your app’s title, subtitle, and description, choosing the right keywords and categories, encouraging reviews, and more. This guide is going to explore each of these in detail. Before we take a deep dive into how you can optimize your app, let’s take a look at three reasons why you shouldn’t be ignoring ASO:

Ask yourself this: if your app isn’t ranking prominently on the app stores, how will people find it?

The answer is that you need to rely on your other marketing channels to drive traffic and awareness: your website, social channels, email list, or paid media. In fact, according to App Radar:

A whopping 70% of mobile users utilize search to find new apps and 65% of all downloads occur directly after a search, making app store search the most popular way of finding new apps.

2. Increase Organic Installs Of Your App

Just ranking on app stores doesn’t necessarily mean that you’re going to see an influx of installs, but you should expect to see improved metrics when combined with an effective ASO strategy.

Part of the ASO process is all about writing enticing descriptions, titles, and sharing attention-grabbing screenshots, all of which can help to make your app stand out and grab clicks from searchers.

3. Increase Your App’s Revenue and Conversions

The majority of apps are set up to earn revenue or drive conversions in one way or another. Many free apps take advantage of user-friendly ads—well, as user friendly as they can be. Most users dislike interruptions when using apps; it makes sense to increase your revenue by implementing in-app ads that don’t disrupt the users.

You can use reward ads, where users receiving a “reward” in your app for watching an advertisement. There are also interactive ads; these types of ads can be mini-games that can entertain users. Or, you can use ads to encourage users to upgrade to more premium levels of your app.

Optimizing Your Apps for Different Platforms

We’ll walk you through exactly how to optimize your app. However, it’s important first to address the differences between optimizing for the Apple App Store and Google Play Store. There are different ranking factors specific to each platform.

The Differences Between Apple App Store and Google Play Store

These two popular app stores have a lot of similarities. Each operates (from an end-user perspective) in the same way and serve the same purpose: to allow users to search for and install apps on either their iOS or Android device. However, each app store has its own system (or search algorithm, for those thinking as SEOs) that you need to optimize your app for.

Both app stores use a review system to ensure that they maintain a consistent level of quality. However, it’s important to note that the process for Apple is typically lengthier. That’s one key difference; you’ll need to leave at least a three-day buffer for iOS apps.

Secondly, another key difference is the way that keywords are used as a ranking factor. The Google Play Store indexes the entire content (title, description, etc.). In contrast, the Apple App Store uses a specific keywords field for you to include the relevant keywords for ranking purposes.

It’s important to note that neither platform has released the intricacies of their algorithm. However, conclusions can be drawn to determine what is relevant for each platform:

The key ranking factors for iOS apps on the Apple App Store, based on the things that you can influence, are:

The key ranking factors for Android apps on the Google Play Store, based on the things that you can influence, are:

How To Optimize Your App

If you’re looking for higher install numbers, you need to know how to optimize your app properly. We’ve compiled this step-by-step guide to optimize your app’s listing on the Apple App Store or Google Play Store, paying close attention to the slight differences between the two platforms:

1. Optimize Your App’s Title and Subtitle

Not only is your app’s title the first thing that a user will see on the search listings, but it’s also used as a ranking factor by both app stores.

On the Apple App Store, your subtitle also helps to give context to your app and add further insight.

You need to carefully use keywords here. This has the strongest weighting across all ranking factors, but you need to incorporate keywords naturally, and while being sure you’re creating a memorable and engaging name.

In the example below, we can see that ‘Map My Run by Under Armour.’ It includes both the app’s name and its association with Under Armour, a well-respected and established brand.

Just be sure to take note of the character count for your titles. Apple’s App Store only offers space for 30 characters. Google Play Store has space for 50 characters.

Google Play Store uses your app’s short description and long description. The App Store doesn’t. Although that doesn’t mean you shouldn’t take time to write a compelling and engaging description for iOS apps!

On the Google Play Store, your description is one of the main pieces of content indexed and analyzed by the algorithm for ranking purposes. With this in mind, you need to strategically include the keywords you want to rank for.

When you stop to think about the purpose of your app’s description, it’s to help users to understand what your app is, the main features, and any other information that you need to communicate.

The description for both the Apple and Google stores has a character limit of 4,000. That’s plenty of space to get across the main features and reasons why someone should download your app.

While the Apple App Store allows you to include up to 100 characters of keywords within the keyword field, Google Play Store doesn’t have this feature. Rather, it indexes keywords within other content elements (pro tip: be sure to include your main keywords in your description and title).

Across both platforms, you need to make sure that you’re choosing your keywords carefully and focus on the key queries that searchers are using. But how do you decide on these? Keyword research.

The way users perform written searches are typically the same across all areas of the web. This means the keyword research tools you use, such as the SEMrush Keyword Magic Tool, can help you identify the way people are searching.

Start by entering the main features of your app and note down the trends and high-volume searches. It’s also recommended that you take the time to analyze your competitor’s app names and descriptions to determine the keywords that they’re targeting for a good starting point for your research.

4. Choose The Right Screenshots and Add A Preview Video

We’ve already mentioned that ASO is as much about encouraging people to click on and install your app as it is increasing your visibility.

After all, there’s nothing more frustrating than having prominent rankings but a poor click-through rate.

One of the most impactful things you can do to increase the CTR on the Apple App Store is choosing the right designs to attract attention. These display both on the app search results and within the listing itself on iOS. On Google Play, they only show when someone clicks your listing.

This is your opportunity to visually showcase your app even before a user has clicked onto it. And there’s an opportunity here to get smart and create visuals that really stand out.

You can also choose to include video in place of static visuals. This can help your app to stand out against the competition. However, you need to know your limitations:

Reviews and ratings are an indication of your app’s popularity and quality. If you have lower ratings, you won’t be shown at the top of the app store results; it’s that simple.

A key part of app store optimization is encouraging users to leave reviews and ratings, especially when both stores consider higher rated apps to be more relevant.

But how can you encourage users to leave reviews or rate your app? Here are a few ideas:

This one is a bit like a double-edged sword.

The more downloads your app gets, the better visibility it will receive. It all comes down to the algorithm rewarding popular apps.

You need to emphasize the importance of increasing your visibility. But you also need to work to increase your app’s install rate. After all, a visible app that isn’t getting downloads won’t remain visible for long.

When it comes to benchmarking and setting goals, the overall market is pretty tough. According to an app conversion rate study by AppTweak:

The average Install Rate in the Apple App Store in the US is 3.42%.

However, this does differ by category, with finance apps enjoying an install rate of up to 8.5%. Meanwhile, board games receive just 0.7% of installs once they’ve been seen on the search results.

Take the time to research the average in your industry and set your sights on improving your install rate above this mark.

Once you’ve optimized your app, started to encourage reviews and ratings, and see an increase in installs, it’s important to analyze your results and continue to optimize.

Look at ways to continue improving your install rate, click-through rate, and the volume of downloads you’re receiving. Don’t be afraid to swap out keywords and try different titles, subtitles, and descriptions.
Just as with SEO, you’re going to be constantly fine-tuning your strategy to see what works and delivers the results you’re looking for. Be sure to keep your keywords fresh and update where necessary and update your design images or videos if you make changes to your app over time. These small adjustments may move the needle toward a successful app!

Having an app can be a valuable asset to your business, but it needs to be visible and get installs to drive value.

Anyone with a solid knowledge of SEO shouldn’t have difficulties applying their skills to ASO, so long as the ranking factors are understood and the processes laid out by the platforms are followed.
Good luck! 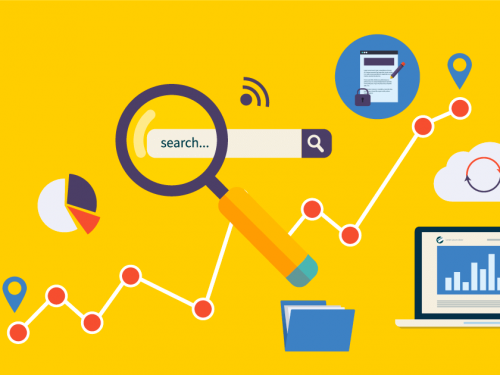 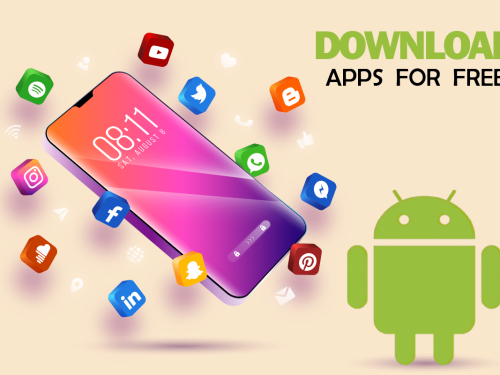 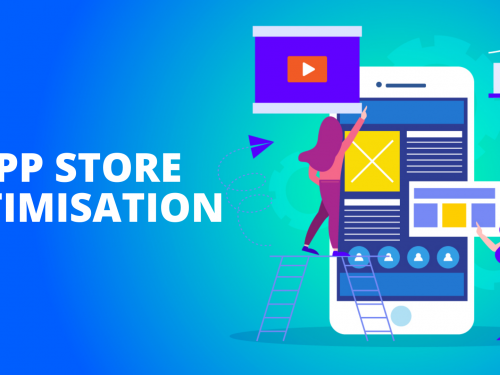 Why We Need to Do Off-Page ASO – App Store Optimization for App Ranking? 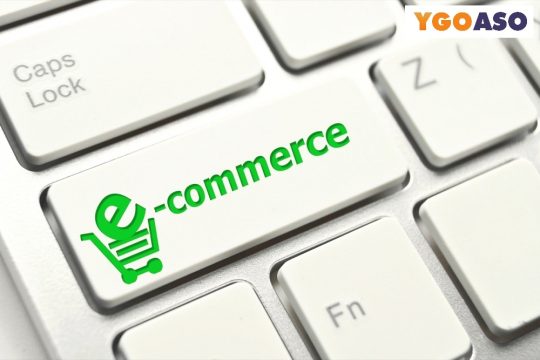 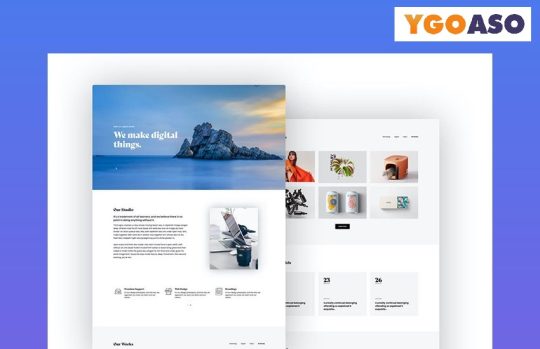 Single-Page Websites: Good or Bad for SEO? How to do SEO of single page website? 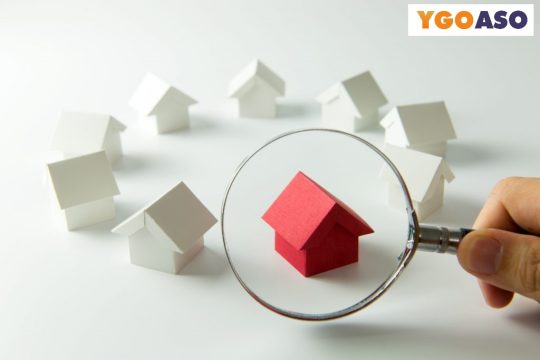 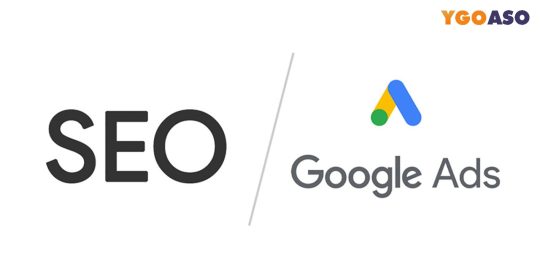 SEO or Google Ads: which is better?

Should I use Google Ads or SEO? Comparing SEO or Google Ads, previously known as Adwords, is like...
Share 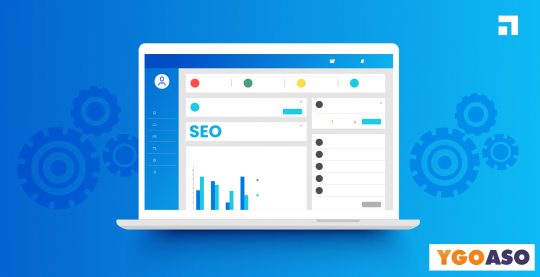 BEST SEO TOOLS THAT SEO EXPERTS ACTUALLY USE IN INDIA 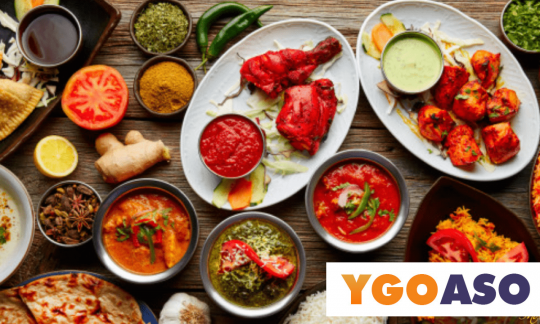 Restaurant SEO Tips to Boost Your Online Presence on Google in Mumbai-India Get a taste of SEO success with...
Share 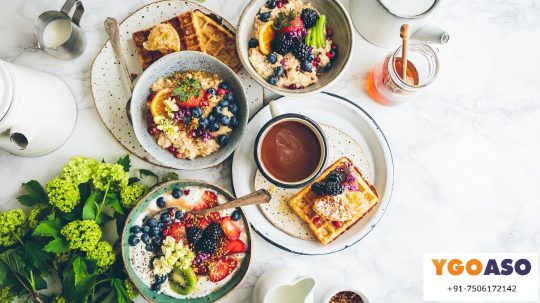 SEO Tips to Boost Your Restaurant Website at Google Search in Mumbai-India A strong online presence for...
Share 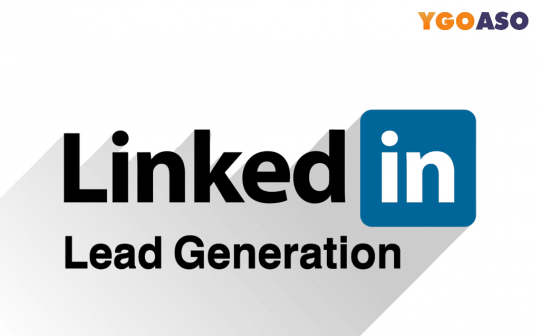 How to get Leads from LinkedIn for Real Estate Developers in India To get a better return on investment...
Share 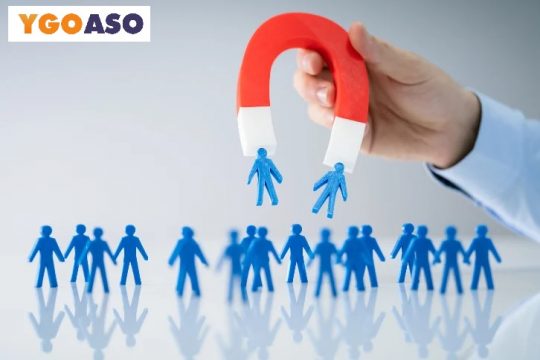 How do you generate the best leads in real estate? 6 Easy Ways for Real Estate Lead Generation Add your...
Share 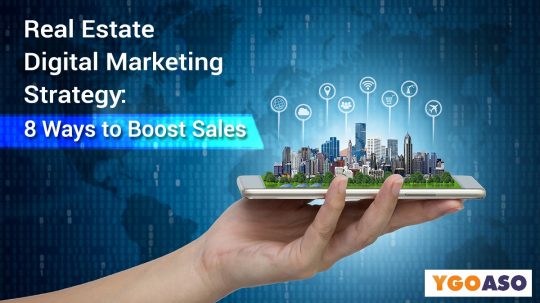 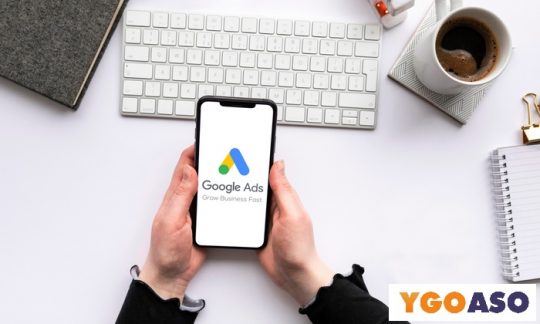 13 Tried and Tested Google Ads Strategies for Real Estate in Mumbai-India Pay Per Click (PPC) is one of the...
Share 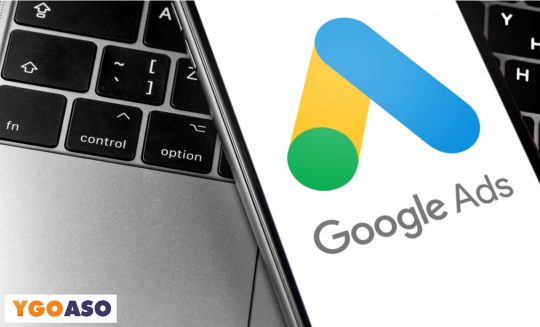